MAD MUMMY: SHE WHO WALKS IN BEAUTY PT 3 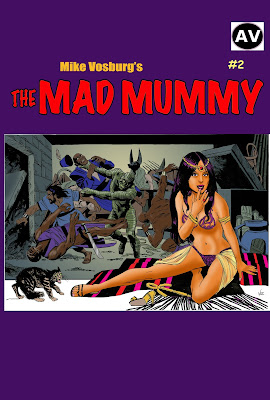 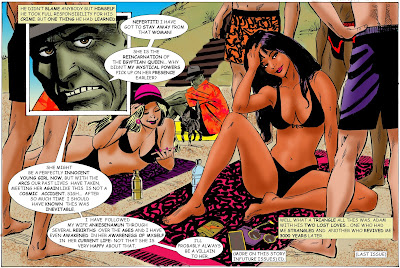 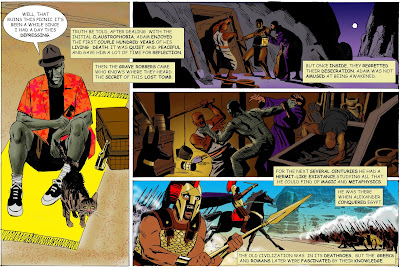 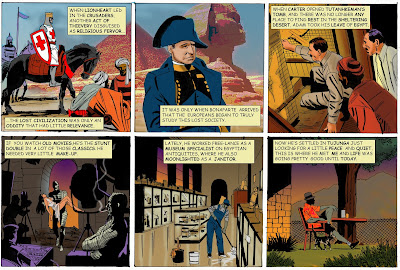 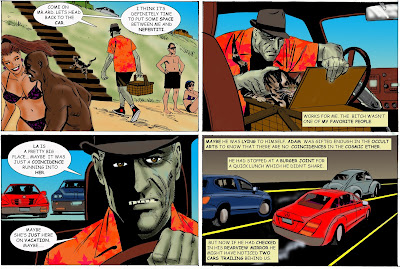 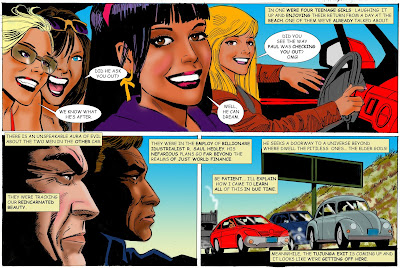 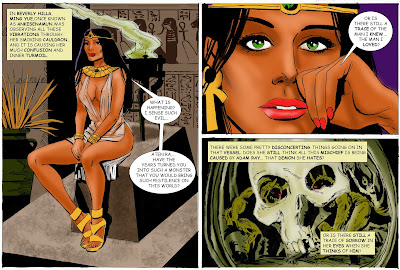 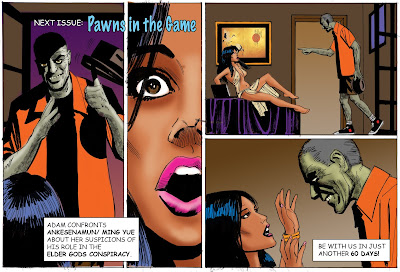 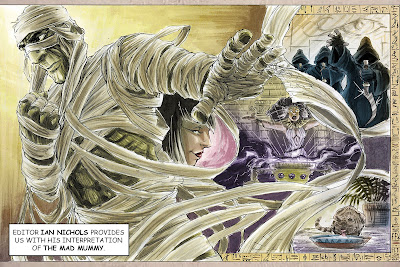 This week's HBOTales From the Crypt bonus cover is The Reluctant Vampire, starring George Wendt and Malcolm McDowell. While I'm not sure if I met George on the set, I did run into last week at the Monsterpalooza convention in Pasadena and presented him with a print of the cover. Malcolm McDowell I somehow found so intimidating (too many screening of A Clockwork Orange ) that I never did approach to get a couple of photos for reference...thus the very poor likeness below. Also is one of the little roughs for the show.  I always did somewhere between three and six of these for each episode and then Silver and Donner chose one. 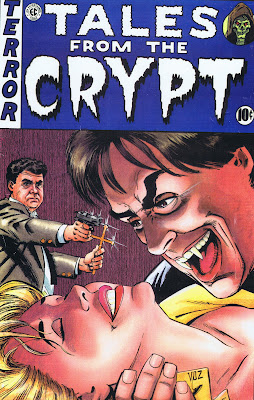 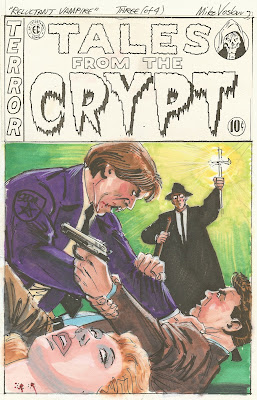