Here are some xeroxes I pulled out of my files: the issue of Team America #3 that I penciled. To my knowledge, it was never inked, and I’m not sure the book every lasted more than the first couple of issues that I did. It was a fiasco from the start.

I had been working at DC for a couple of years as a penciler, and I really wanted to ink my own work. However my efforts on the couple of jobs that I did ink myself were met with little enthusiasm, and probably with good reason. lol. Carmine Infantino hated the work and let it be known that I was only a penciler. While I had some really talented people inking my work, I wanted to develop my own style and knew that would never happen just penciling. The majority of the work I did was inked by Vinnie Colletta, who was also the art director, and who always did a very creditable job on my work. What he didn’t understand was that I had nothing against his inking, I just wanted the chance to do the work myself. Hey, I was young and egotistical.

While Marvel wasn’t offering me work as an inker, I did decide it was time to switch over to that company for a while as Jim Shooter had just taken over the reins there and it looked like there might be some opportunities. Jim immediately told me about plans he had for a new series called Team America about a group of motorcycle racers and he wanted me to be the artist on it. I was all for it, and then he asked me who I wanted as an inker. Since I was no longer at DC, I glibly said anyone but Vinnie. Unknown to me, Vinnie had also left DC to work exclusively for Marvel and his best buddy there was Jim. Jim’s face fell a bit as he announced he had already assigned Colletta to the job….but he thought I’d love it in time. I turned in the pencils and showed them to Jim who seemed pretty enthusiastic about the work and gave me a pat on the back. So I pencilled the second and third issues .

The week Team America #1 was due at the printer, Shooter suddenly decided he hated the job I did, and had a good section of it redrawn over the weekend while cursing my name.  My involvement ended after the third issue, and while I continued to work for Marvel for another three or four years, it was pretty clear that I wasn’t going to go anywhere under the Shooter regime. About that time I moved to Los Angeles with my wife Annie that I had just married, and segued into animation.

So here is one the jobs I penciled for Marvel (there was also an issue of GI Joe and at least two episodes of a doomed Satana series) that never saw the light of day.  Enjoy, Mike 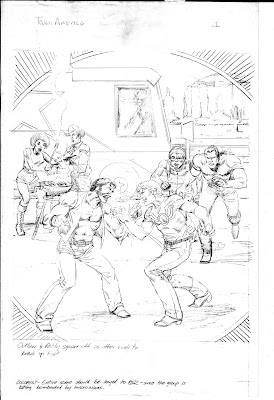 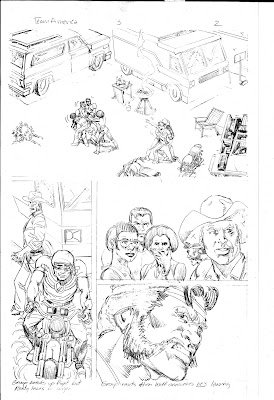 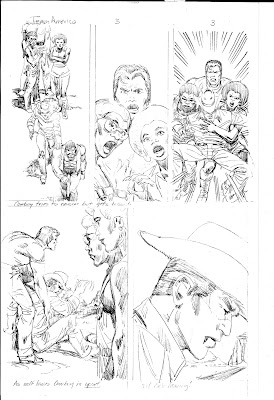 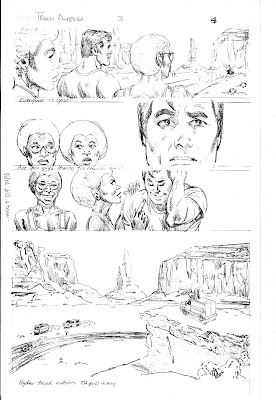 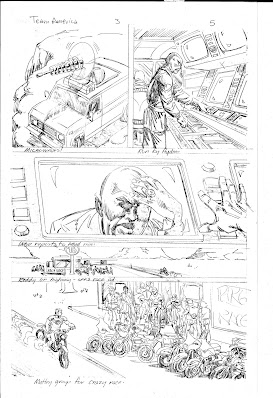 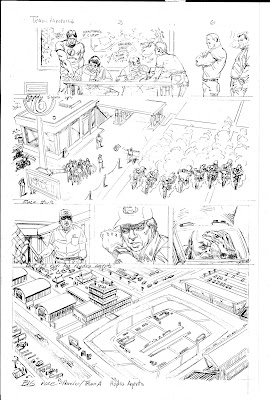 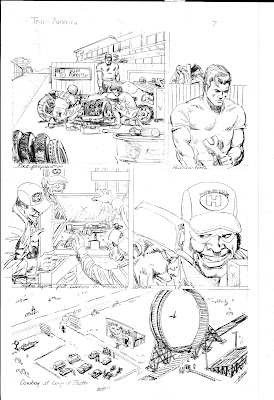 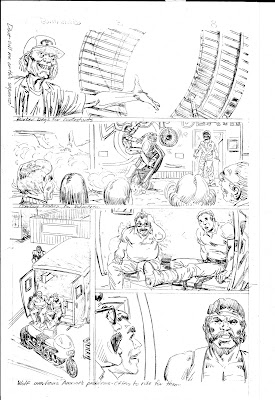 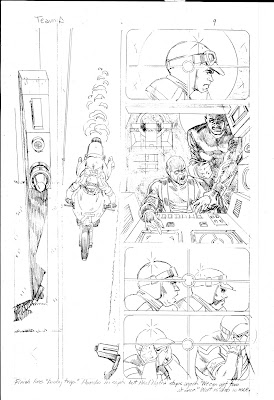 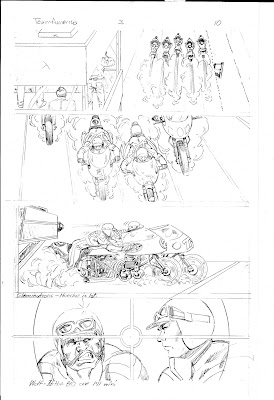 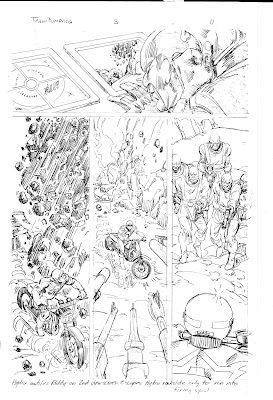 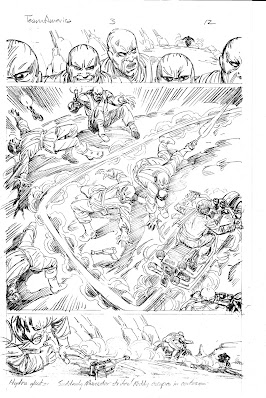 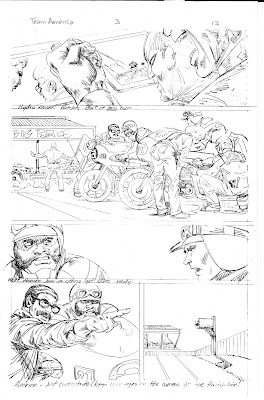 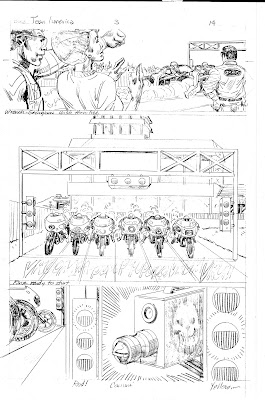 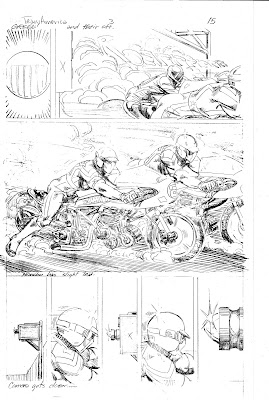 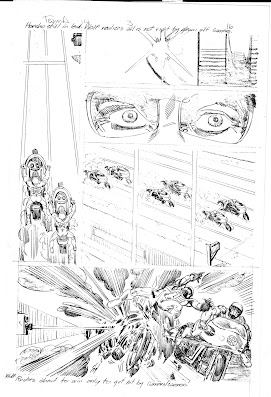 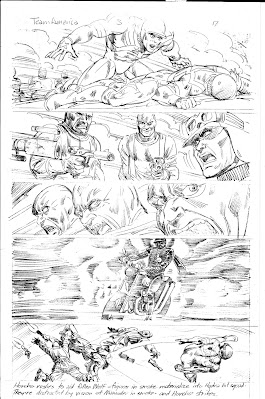 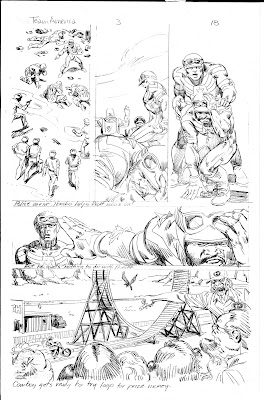 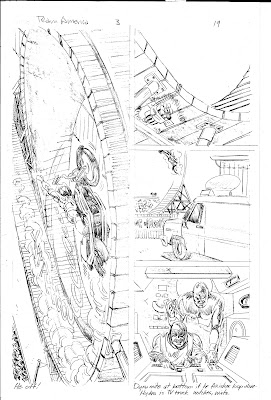 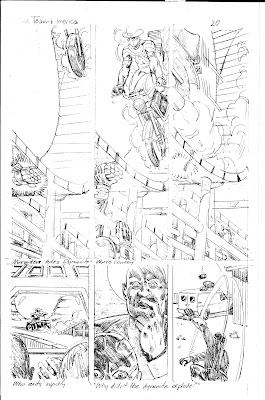 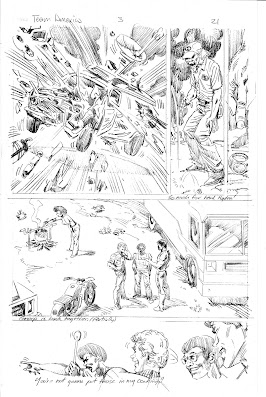 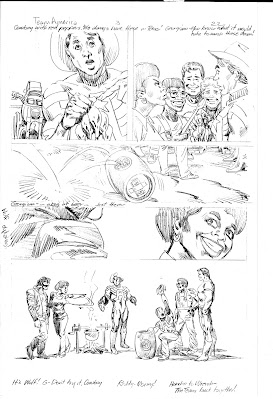 All the writing on the pages are basically shot descriptions written for the writer to explain how you broke down the script.This was a pretty standard practice when you worked Marvel style off of a plot.

Next week, a new Mad Mummy story. don't miss it!!