The Beatles in India: Copter Flight 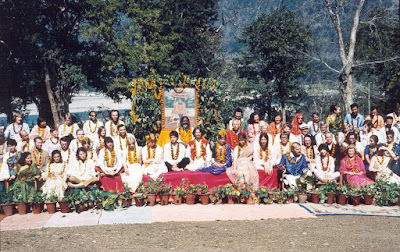 One of my favorite people to work with has been director Paul Saltzman. For two earlier documentaries that Paul produced, Prom Night in Mississippi and The Last White Knight, I supplied a series of graphic panels for whatever situations that he couldn't cover with film footage. His work was always thought provoking and infused with a feeling of warmth, like Paul himself.

His latest effort has been The Beatles in India, which tells the story of him finding himself at in India in 1968 with the Beatles at Rishikesh where he took any number of stunning photographs of all those present, which included not only the Beatles, but Donovan, Mike Love, Mia and Prudence Farrow and numberous others.  My drawings were there to fill in the missing photos. Unfortunately, legal and financial issues arose just before the film was to be released in November of 2018 and the project was in limbo for a while. However, I have seen a finished cut of the film which is quite amazing, and hopefully the generally public will have the opportunity to see it in the next year. 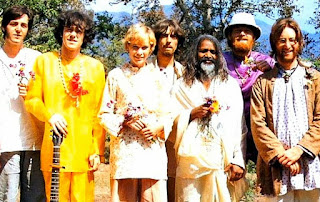 Below are a series of drawings that didn't make the final cut. The scene is the Maharishi Mahesh Yogi arriving at Rishikesh in his copter where he is greeted by the Beatles and a number of onlookers. 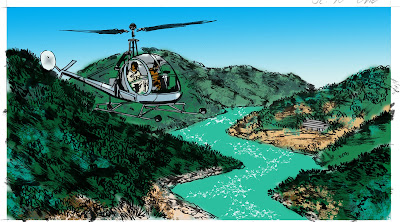 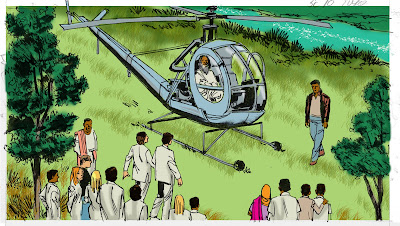 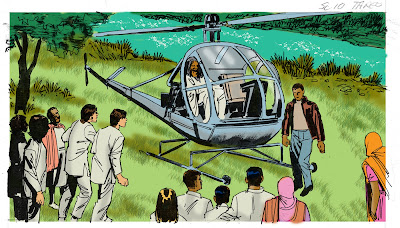 John and Paul rush ahead. Both are interested in sitting with the Maharishi on the trip, but as the pilot explains there is only one seat available. 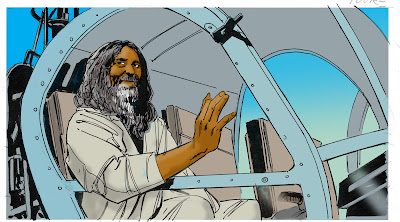 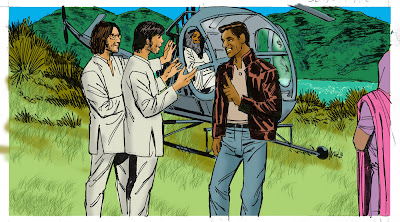 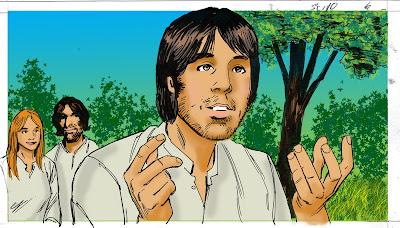 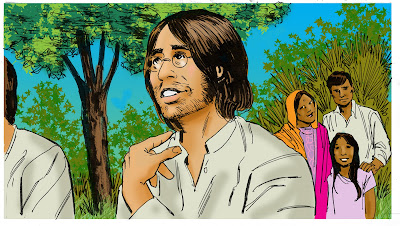 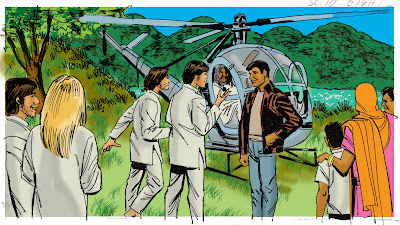 When Paul looks away to get backing from the group, John rushes ahead and hops into the copter. 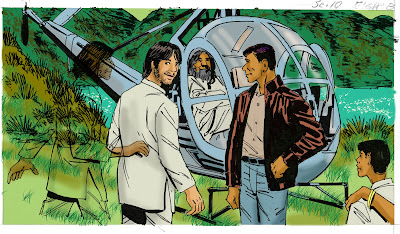 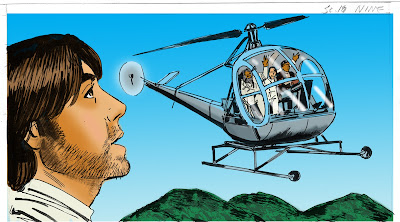 Paul watches dismayed as the copter lifts off and tracks over the Ganges. 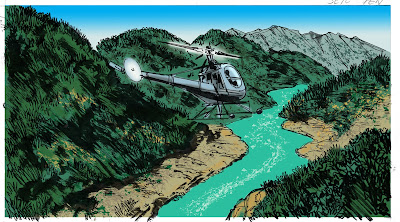 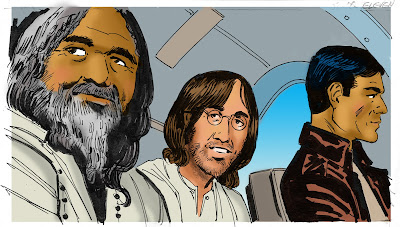 Inside the copter John desperately wants to have a private audience with the Maharishi, but discovers the noise of the rotor is so loud, that to his disappointment, absolutely no conversation can be heard. 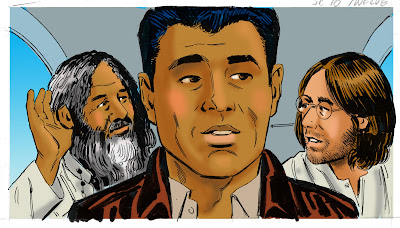 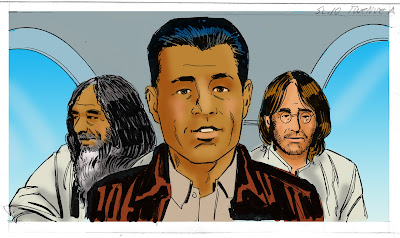 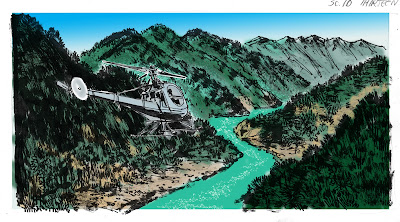 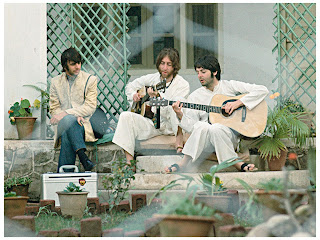 Next week, Paul and Donovan jam together with their latest hits and the police drop by....